The flight from Frankfurt carrying most of our travelers arrived early. Even immigration control took barely any time and at 4pm we were able to depart the airport. In 30°C (86°F) sunshine we headed by car from Marrakesh to Sidi Kaouki, a small town close to Essaouira on the Moroccan Atlantic coast.

Barely three hours later we arrived at Le Douar des Arganiers, where we were cordially greeted by the owner, Tanja. A superbly decorated house was waiting for us, surrounded by a large wild garden where you can hear the comforting brawl of the Atlantic that’s just a short walk away.
As we later learned, Tanja, who is originally from Switzerland, bought the property 10 years ago and created this wonderfully peaceful and inspiring place in cooperation with a Moroccan architect over the following years.
After a delicious welcome dinner we had time to settle in and enjoy the balmy summer night, before starting our course of two daily yoga sessions on Sunday.

On Monday our small group grew: Kristin, who lives in Germany and Australia as well as Fedder, body therapist and consciousness & mindfulness coach currently based in Berlin, joined us. Now that we were complete our collective journey deep into yoga and mindfulness could begin.

As this was NOSADE’s first Body & Mind Retreat, it was particularly fascinating to witness the confluence between yoga’s philosophy and practice on the one hand and chakra oriented work based on shamanic and far eastern teachings on the other. Katrin’s and Fedder’s first cooperation intentionally brought together the interaction of the female and the male, adding to the experience a particular feeling of completeness and balance.

Every session started by focusing on one chakra, allowing the participants to experience the particular characteristics and corresponding issues both in theory and practice through meditation, perception exercises, and asana practice.

Since meditation & perception can be felt mostly on a spiritual and energetic level, it is important to materialize perception in the body and to transfer it to the here and now. We therefore manifested our experiences through the practice of asanas and brought it into our daily lives. Once again we learned how important breathing is and why it plays such a central role in so many teachings. 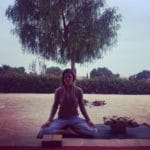 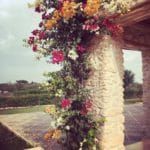 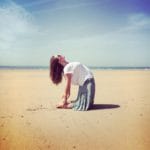 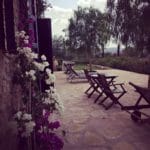 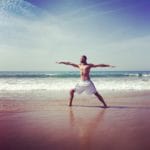 Over the course of the week and with experiences on so many different levels the personal and individual topics (including all the feelings and emotions linked to them) of our participants started to emerge. Here they found a protected space to express them. The group experienced and supported itself as a unit, while at the same time allowing each participant within it to make use of its energy to live their individual experiences, understand their very personal issues, and discover new approaches and ways of dealing with them.

By the middle of the week we broke out of our daily routine of daily practice and visits to the beach and made a trip to Essaouira, the blue city at the sea. With a lot less wind than on the open coast we enjoyed a cheerful day with a guided tour, some strolling, and a fabulous dinner at Café Caravane.

Thursday and Friday we devoted ourselves to practice again and with every passing day our participants dared to unwind, to indulge a little more.

After seven days we departed Sidi Kauki fully relaxed, having gained new perspectives, new stimuli, and a new consciousness for our own perceptions.

It was a wonderful and enriching week in tranquility – both for body & soul.

Join one of our next Body + Mind Yoga Retreats at the Moroccan Atlantic Coast:

Enjoy 5 days yoga overlooking the magical, ancient city of Marrakech. Dive deep into the most famous of Morocco’s imperial cities, into it’s culture and history and into the souks of the medina.

Experience Marrakech and the Sahara desert, experience the nature, its endless vastness and tranquility. Experience yoga, meditation and culture in Morocco’s most captivating spots.