What is Anusara Yoga?

Anusara means “flowing with grace”, “flowing with nature”, and “following your heart”. It is a health-oriented Western approach to yoga that became very popular over the last decade. Anusara was developed based on hatha and iyengar hatha yoga by American-born yoga teacher John Friend in 1997. Founded on the “Three As” of attitude, alignment, and action, Anusara yoga draws from classical texts while applying its philosophy to the more physical aspects of asana (position) practice.

The poses in Anusara yoga are considered to be “heart-oriented”, meaning that they are expressed from the “inside out.”

Not trying to control the body and mind from the outside, but experiencing the poses originate from a deep creative and devotional feeling inside. 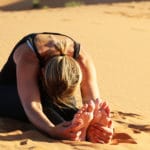 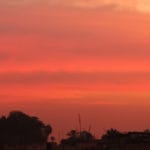 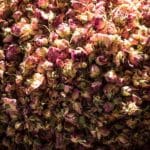 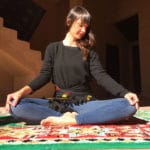 Why is NOSADE teaching Anusara Yoga?

Anusara lessons are often lighthearted, positive, and fun – the yoga mat considered more a playground rather than your daily duty, as anusara is based on the Tantric philosophy. Anusara yoga is a celebration of life, the art of understanding and knowing our tendencies. The goal, as proclaimed by its founder, is to appeal to those who want to work both on their physical and spiritual well-being. A key aspect is therefore the idea to bring the lessons learned in yoga class into your daily life, understanding and knowing our tendencies.

What does YOGA stand for on a retreat with NOSADE?

NOSADE is in general teaching yoga with an approach to learn from all the great traditions and knowledge of the past, while also embracing the opportunities that are available to us in the 21st century. Stripping away all the huge and sometimes esoteric messages to discover what the teachings behind yoga really mean. To apply them to our lives and live them.

Where else you can better start doing so that on a yoga holiday?

Join us for fascinating and special Yoga Retreats in Morocco and experience yoga and all it’s benefits in the incredible surroundings of Morocco’s most stunning sights!

Morocco. Sunny, exotic and lively. The aroma of spices is in the air, the call of the muezzin can be heard through the bustling souks, the sun bathes the red city in an unforgettable light every morning and evening. There is this mystical and mysterious atmosphere that no longer forgets who has traveled to Morocco. Doesn’t that sound like a place of longing these days? We have good news: you can basically travel to Morocco….

THE THREAT OF THE MOROCCAN CRAFTSMANSHIP

Just recently we wrote a blog article about the impressive, traditional craftsmanship of the Berber women in Morocco. The Covid-19 pandemic threatens, next to many other things, this craftsmanship for which Morocco is known worldwide. A project tries to counteract…